Gov. Albert Bryan Jr.’s support for the V.I. Water and Power Authority dramatically contradicted his own transition report, completed before he took office, Delegate Stacey Plaskett said at a Nov. 7 press event. Speaking with journalists via telephone, Plaskett responded to questions about the impeachment inquiry taking place in Washington D.C., the status of disaster aid and ongoing issues plaguing WAPA.

Asked by a journalist on the call, “Were you on St. Thomas on Tuesday for the district-wide power outage?” Plaskett said, “Yes I was,” before adding, “our town hall was from 6 to 8 p.m. and the power went out at 7:58 p.m.”

Plaskett said the outage signaled the end of her town hall that day, which prompted attendees to turn their phone flashlights on to navigate the venue in darkness.

Plaskett said she found it odd that Bryan would contradict a transition report created by individuals he hand-picked before his inauguration.

WAPA Executive Director Lawrence Kupfer said Plaskett’s reference to the problems at the utility being insidious in nature was a slap in the face to the hard-working men and women of WAPA who regularly put life and limb on the line to maintain and restore power. While Kupfer’s response referred to line workers and engineers working under hazardous conditions, Plaskett’s letter to Bryan and Francis focused on issues with finances and senior management.

“Within the governor’s own report, and this was at the time of his inauguration and [the] beginning [of] his administration, his own people in his report say that WAPA was insolvent,” Plaskett said. She said the contradiction baffled her team, in light of Bryan saying to senators before an early October hearing to “ask the questions that need to be asked – but please don’t make disparaging comments that are baseless about corruption and mismanagement unless you have proof.”

Near the end of that 11-hour Senate oversight hearing, Sen. Donna Frett-Gregory said, “we are leaving here with a lot of unanswered questions.” Senators in October dug into the authority’s finances and cited breaches in customer trust, like over $2 million paid to an illegitimate vendor via a phishing attack, estimations for customer consumption resulting in erratic billing figures and the unchecked use of corporate credit cards by WAPA officials.

“While we can say very little until the federal investigation into the incidents is complete, I thought it prudent, in light of the Senate discussion this week, to reassure the community that while WAPA was victimized by the BEC incidents, we have taken all advisable security measures to ensure an incident of this nature does not recur. Equally as important, WAPA’s networks, customer information, computer systems or its overall digital infrastructure were not compromised,” Kupfer said ahead of October’s Senate hearing.

Plaskett still believes that declaring a state of emergency and the attendant request for federal assistance on behalf of WAPA may include the following actions:

– Request for loan forgiveness from the U.S. Treasury through the Federal Emergency Management Agency for the $94 million owed by WAPA in Community Development Loans, which will become due in the form of escrow payments in 2021 and 2022;

– Seek technical assistance from the U.S. Department of Agriculture’s Rural Utility Service to supplement the management and expertise of WAPA. To date, RUS has denied WAPA requests to provide a low-interest rate, long-term loan to refinance the VITOL debt;

– Petition HUD to reevaluate its decision in 2018 to allocate only $67.6 million to the Virgin Islands for WAPA rebuilding resilience and hardening of the system out of $2 billion set aside for Puerto Rico and the U.S. Virgin Islands. With a declaration of utility state of emergency, the administration may be willing to reconsider;

– Demand implementation of the Insular Areas Act authority to provide a cost-share waiver for FEMA Public Assistance to the Virgin Islands. This would provide millions of additional dollars to the territory by allowing us to tap into funds, which presently we are unable to utilize.

Plaskett mentioned to members of the press present on the call that her office did not use the authority’s frequent and sometimes weekly blackouts as a metric. “The reason that I wrote that letter was not so much the power outages because as I said in the letter, the power outages are just a symptom of the illnesses,” Plaskett said. “And the illness is, in my estimation, senior management and the boards operation of the power company and what I believe to be its insolvency.”

“Based on recent in-depth discussions with WAPA and outside utility and finance experts, I believe that the Virgin Islands is suffering [from] an energy crisis,” Plaskett penned in the public letter.

Plaskett also mentioned that she recently discussed the territory’s federal Community Development Block Grant funding with HUD officials and the department “explicitly said to me that they were concerned about putting some guidelines as to how we can utilize our funding for recovery and not for other things because they saw how we took $30 million dollars of Medicaid funding to give to one specific vendor that was owed by WAPA; and that’s not what Medicaid funding is supposed to be used for.”

The delegate noted that her office became involved in order to reassure federal partners about the integrity of the Virgin Islands’ disaster response two years after Irma and Maria impacted the territory.

“We have had several investors come to the table. And every single time someone opens their mouth to make a disparaging comment about WAPA, we start over again,” Bryan said. He blamed fellow elected officials for derailing WAPA’s progress with investors although the official Bryan-Roach transition report corroborates many of their concerns. In effect, Bryan is de-legitimizing his own administration’s findings that were released in January before he took office.

“As we move to digitize our government and our economy, we must remain vigilant to the growing threat of cyberattacks,” Bryan said. “I trust the more we raise awareness, the better we can protect ourselves, our personal information and other important data systems.”

While the declaration served as an official alert for residents, private organizations and government employees to secure their data and sensitive systems, the proclamation did not outline clear guidelines or steps that could limit the loss of sensitive data. The V.I. Police Department fell victim to a ransomware attack that also drew the attention of the FBI earlier this year. 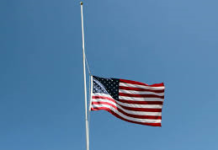