A team of special agents with the Department of Justice’s Bureau of Investigation, along with local and federal law enforcement officers, recently conducted a territory-wide operation to verify important information of registered sexual offenders.

The initiative, dubbed “Operation Ponderosa,” lasted approximately eight days. During that time the group – four DOJ special agents, program manager of the Sexual Offender Registry Program, program territorial investigator from the Sex Offender Registration and Notification Act, five agents from the U.S. Marshals Service and four officers from the U.S. Virgin Islands Police Department – conducted unannounced inspections of registered sexual offenders living in the U.S. Virgin Islands to verify their locations and other personal information, such as their work and home addresses.

“We have told the sex offenders that it is vital that DOJ receive accurate information and we will regularly verify that information. We need their cooperation for this to work properly,” Attorney General Claude Earl Walker said in a news release.

Walker said “Operation Ponderosa” is the Office of the Attorney General’s effort at keeping the community safe from sexual predators.

“Sexual violence is a major problem, and so, the registration requirements are created to reduce recidivism,” Walker said. “The Virgin Islands has adopted a very rigid notification system. We are not a lenient jurisdiction because we know that registration reduces the frequency of reported sex offenses against new victims by keeping police informed about local sex offenders. So, this is a public safety tool to deter convicted sex offenders.”

On St. Croix, the semi-annual verification sweep was carried out from Feb. 26 to March 2 and targeted the 56 offenders residing on that island. During the operation, 50 were found to be in compliance with the registration laws of the U.S. Virgin Islands. However, one offender, although abiding by the registration laws, was allegedly unlawfully growing marijuana plants and possessed an authorized firearm. Of the others, one has been located on the U.S. mainland and the whereabouts of three others was verified and their information updated.
However, at the time of the initiative, two could not be found, but as of today, those two absconders – Jonatan Montez and Wayne Graham – contacted authorities on St. Croix. Montez has informed DOJ that he is currently living and registered in Florida and Graham came into DOJ to re-register.

“Sex offenders who fail to comply will find out that there are significant negative consequences for them if they either fail to report or give DOJ misinformation,” AG Walker said.

Last year, AG Walker revised an existing policy requiring that all sex offenders in the territory must also notify DOJ when traveling inter-island, between St. Thomas and St. Croix.

In 1997, the U.S. Virgin Islands enacted its first sex offender registration statute and in 2006, the Adam Walsh Child Protection and Safety Act of 2006 was enacted by Congress. Title I of that Act is known as the Sex Offender Registration and Notification Act, or SORNA. This Act established a new baseline standard for states to track sex offenders, which required more unity and cooperation among jurisdictions in the registration and notification process. The purpose of SORNA is “to protect children from sexual exploitation and violent crime, to prevent child abuse and child pornography, to promote Internet safety, and to honor the memory of Adam Walsh and other child crime victims.”

On July 18, 2012, amendments were made to the local sex offender statute and the Sexual Offender Registration and Community Protection Act was signed into law in the U.S. Virgin Islands.

DOJ records show that 119 sex offenders live in the Territory – 57 on St. Thomas, 54 on St. Croix and eight on St. John. As of Tuesday, one offender, David Phillips, is listed as an absconder. Authorities are still searching for him. 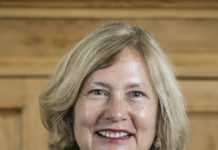