Home Commentary Op-ed Letter to the Editor: The Truth Matters

On October 28, 2019, the Legislature’s Committee of the Whole met in Cruz Bay to hear testimony on a CZM Major Water permit for the Summers End Group mega yacht marina project in Coral Bay, St. John.

At that hearing, the Legislature learned that the permit, which had been signed by Governor Albert Bryan Jr. in April 2019, had been modified and signed by the Chair of the St. John CZM Committee in March 2019 without any review, approval, or authorization by the Committee.

On December 10, 2019, Senate President Novelle Francis Jr. returned the permit documents to Governor Bryan under a cover letter stating that the permits incorporated many flaws and could not be acted upon by the Legislature until these matters were corrected.  His letter stated: “When a new, valid, consolidated land and water permit for the marina project is transmitted for the Legislature’s ratification, I assure you that the Thirty-Third Legislature will act promptly.”

There is only one legal approach to consolidating and modifying major CZM permits.  The applicant is required under the Virgin Islands Coastal Zone Management Act to submit a consolidated Land and Water permit application, to have this application signed by all owners of property on which the project is developed and to submit a consolidated land and water Environmental Assessment Report.  Once these documents are reviewed by DPNR and determined to be complete they are distributed for public comment, a Public Hearing is scheduled, and only then can the appropriate island CZM Committee approve the permit.

This is the law.  There is no ambiguity in the language of the code.

The Board of Land Use Appeals (BLUA) issued their order in July 2016, over three years ago.  When Summers End submitted their first CZM application, in March 2014, it took only seven months for the St John CZM Committee to hold hearings and act on the permits.  If Summers End had acted on the BLUA order in 2016 they would have had more than ample time to complete the permit review and approval process years ago.

We now know, based on documents obtained from Governor Bryan under the Virgin Islands Public Records Act, that Ms. Summers drafted her own “consolidated permit” in early December 2019, and secretly obtained a signature from the Chair of the St John CZM Committee without any notification to the public or the Committee.  She then forwarded this so-called “consolidated permit” to Governor Bryan and requested that he modify multiple provisions of the permit in order to “fix” the problems identified by the Legislature.  Once the Governor had done as requested, the new set of permitting documents were forwarded to Senate President Novelle Francis on December 16, 2019, asking for “expedited approval” by the Legislature.

All of this was done in complete secrecy and it was only by virtue of a very fortunate chance encounter with the Senate President in January 2020 that I came to learn of the scheme.

The extent of illegality in the actions of the Summers End Group, with the assistance of the Office of the Governor, simply boggles the mind.  It is a complete affront to the rule of law in the United States Virgin Islands.

The Scheme is Revealed

In a letter to Governor Bryan, dated December 3, 2019, Ms. Summers wrote: “We have prepared for you a draft modified permit for the Land and Water uses as approved by the St. John CZM Committee, and as confirmed and consolidated by the Board of Land Use Appeals.”  This one statement incorporates at least three significant misstatements or violations of the Virgin Islands Coastal Zone Management Act.

First, neither an applicant nor the Governor have any authority whatsoever under Virgin Islands law to draft their own permits.  When major CZM permits are drafted by DPNR it is solely for submission to the island CZM Committee for review and approval.  This letter to the Governor was simply signed “Chaliese” – and “Chaliese” has no legal authorization to draft her own permits.

Second, her statement that the “draft modified permit for the Land and Water uses” was “approved by the St. John CZM Committee” is blatantly untrue.  The permit was never shown to, reviewed by or authorized by that Committee.  I am a member of the St. John CZM Committee, so I can attest to this.  If Ms. Chaliese meant to be referring to the 2014 permits, the statement is still untrue.  The Major Water permit of 2014 has never been approved, since approval requires action by the Legislature.

Third, her statement that the Board of Land Use Appeals “confirmed and consolidated” the permits is a complete mischaracterization of the direct order of BLUA.  The BLUA decision and order of July 2016 required the applicants to submit a consolidated permit application and ordered that the permits be consolidated.  They did not say that BLUA, by its own action, had consolidated them, which BLUA cannot do under Virgin Islands law.

However perhaps the most egregious part of this entire scheme to circumvent the laws of the Virgin Islands, was Ms. Summers request that the Governor make multiple modifications to the unauthorized and unapproved “consolidated permit” in order to appease the concerns of the Legislature.  In her letter, Ms. Summers identified six different elements of the 2014 permits which needed to be modified or removed.

The Coastal Zone Management Act of the Virgin Islands is very clear on how major CZM permits are modified.  Modification requests for major permits need to be submitted to the DPNR Commissioner.  The Commissioner can authorize minor changes and then give the CZM Committee an opportunity to review.  Major changes require a new permit application and approval by the island committee.  This is the law.  Ms. Summers chose to ignore the law and go straight to Government House.

In her letter to the Governor, “Chaliese” referenced an obscure provision of the Coastal Zone Management Act which gives the Governor emergency power to modify or revoke an approved permit if necessary to protect the environment or public health and welfare (Section 911(g)).  This is clearly an enforcement provision applicable solely to activities under an approved permit that are presenting risks to the public.

I have spoken with five separate attorneys, not a single one of whom could see any way that this statute could be interpreted to allow the Governor to modify an unapproved permit in order to attempt to secure approval by the Legislature.  However, in his December 16, 2019, letter to Senate President Novelle Francis, the Governor wrote “Based on the issues and concerns discussed at the Legislative hearing and pursuant to Title 12 V.I.C. Section 911(g), I have taken the opportunity to modify the permit to reflect the changes needed and address the concerns of the Legislature and community as a whole.”

Once again, not only was the scheme to create the “consolidated permit” done in complete secrecy, but so was the unauthorized modification of the permit by the Governor and its transmittal to the Legislature for final approval.

We, the people of the Virgin Islands, were very fortunate that the entire effort to circumvent public law was uncovered on January 27, 2020.  There is a 45-day time window for appealing actions taken under the Coastal Zone Management law.  The illicit “consolidated permit” was signed on December 16, 2019, so 42 days had elapsed when the scheme was uncovered.  An appeal was filed by the Virgin Islands Conservation Society on January 30, 2020, exactly 45 days following the date on which the CZM action was purported to have taken place.

In spite of the apparent willful neglect of Virgin Islands law, in spite of the filing of a timely appeal, and in spite of letters to the Governor and the Legislature, to the best of our knowledge these documents have not yet been rejected and returned to the Governor.  None of the parties whose interests would be directly impacted by these permits have been notified of their existence or been asked to comment.  The public has been kept in the dark.

We urge Senate President Novelle Francis Jr., in the strongest terms, to once again demonstrate his commitment to protect the interests of the people of the Virgin Islands by returning these sham documents to Government House and to refer to his letter of December 10, 2019, requesting “a new, valid, consolidated land and water permit” – not bogus documents drafted under cover of secrecy by parties without statutory authority.

We urge Governor Albert Bryan Jr. to reconsider his efforts to circumvent Virgin Islands law on behalf of an unscrupulous developer and rescind his attempted “fix” of the unauthorized permits.  This Governor was elected on a platform of change and transparency – it is time to demonstrate those qualities.

Why is this so critically important?  The land beneath our waters – the Trust Lands of the Virgin Islands – is your land.  The government holds these lands in trust for the people of the Virgin Islands.  In Coral Bay, for centuries, the economic and social well-being of the people has revolved around Coral Harbor.  For a Governor and a Legislature to contemplate giving this land away to someone who has never lived in Coral Bay, to financial investors who have no connection to the Virgin Islands, exploiting local families with false promises backed by falsely created documents, is simply unconscionable.  To do so without the due process required by law is simply illegal.

We, all of the people who call St. John our home, deserve better.  Because on the local stage, as well as on the national stage, right matters and truth matters.  Otherwise we are lost. 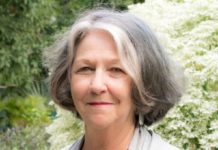 Reflections of an Evolving Elder: Road to Hell is Paved with Arrogance 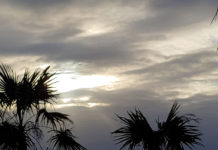 Reflections of an Evolving Elder: ‘Being Born is to Risk Death’ 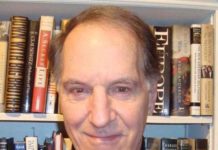 The Crisis: Notes from a Hot Spot