Addressing a recent flurry of online petitions from residents asking the Public Services Commission to vote against a proposed V.I. Water and Power Authority base rate increase, Gov. Albert Bryan Jr. clarified Monday that, if approved, the hike would not impact ratepayers’ bills.

At his weekly news briefing on St. Thomas, Bryan said that while the base rate would increase, there would be a corresponding decrease in the rate of the Levelized Energy Adjustment Clause fuel cost surcharge, resulting in a “zero-dollar” impact. Bryan said it is important for the base rates to be at a level that will allow WAPA to refinance its bonds, which, in turn, will then give the authority some financial relief from outstanding debts.

Bryan’s statement reiterates the details of WAPA’s actual base rate and fuel surcharge petitions. WAPA Executive Director Lawrence Kupfer summarized the changes in testimony to the Senate on Oct. 1, saying WAPA “is requesting a decrease in its fuel charge or LEAC of approximately 2.5 cents per kilowatt hour and an increase its Base Rates of approximately 2.5 cents per kilowatt hour, the net result of which would not increase customer bills.”

Paying off VITOL, WAPA’s current liquefied propane gas provider, is at the top of the list, he said.

“We want an interest rate that justifies us going back and refinancing our debt at a lower rate, which will also help decrease the WAPA bills,” Bryan said.

Bryan added that the government, in supporting the base rate petition – which is on the PSC docket for next Thursday, Dec. 12 – is looking for the authority to become more financially stable and move toward a 25 percent increase in renewable energy production by 2024 as part of its four-year plan.

“We have to push forward in a direction that will create reliable power and reasonable rates,” the governor said.

Asked by reporters why there’s so much confusion surrounding the base rate increase, Bryan said that residents are frustrated by the recent power outages affecting the electric system.

Bryan said separately Monday that the government is seeking to reintroduce itself to the bond market. Monday, the governor hosted an investor relations summit where financial team members and other government representatives held a live webinar with bond partners to talk about the territory’s ongoing recovery.

The entire presentation can be seen at the government’s investor relations site, which, according to the website, is meant to “provide up-to-date financial information, documents and reports that will provide insight into the credit fundamentals behind the USVI economy.”

While the V.I. government is realizing an increase in terms of tax collections and recovery is moving along, Bryan said it has been more than three years since the territory has reported to its bond investors and that it is important to reestablish those relationships.

Wrapping up Monday’s press briefing, Bryan also clarified recent rumors about a merger of the territory’s two hospitals. He explained that there is only one hospital system in the Virgin Islands, which is mandated by law to have a territorial board and two district boards. Discussions are ongoing on how to get the hospitals to work more efficiently by working together, he said, and plans could be forthcoming to replace those boards with two districts subcommittees that “tend to the day-to-day business” of the hospitals.

Editor’s Note: Since initial publication we added details of the proposed base rate change and the fuel surcharge change, along with WAPA Executive Director Lawrence Kupfer’s explanation from an Oct. 1 Senate hearing. Some readers expressed confusion or disbelief of the essential details so we are repeating them more with some of the original explanation. For more information see: 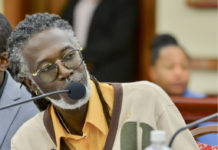 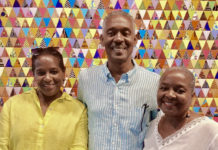 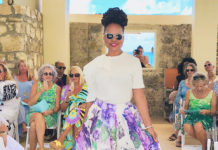