According to the V.I. Police Department at about 1:46 a.m. Sunday an adult male told officers he had been assaulted by a female acquaintance. He told officers the assailant had sprayed Mace in his face, causing a burning sensation into his eyes. The man said he temporarily lost his vision.

At about 5:05 a.m. Sunday officers contacted Kelly at the Ancilmo Marshal Police Station. She was arrested and charged with second-degree assault/domestic violence. . No bail was set as per the DV statue.

Kelly was transported to the Bureau of Correction pending her advise of right hearing. 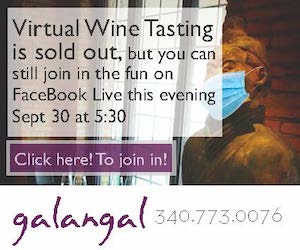 The VI-PR Committee plans to air live stream video of the events to give residents and friends near and afar an opportunity to be a part of the celebration.
Read more
Schools

Breakfast and lunch may be picked up together and are available until supplies last.
Read more
Police & Courts

A man was robbed by an masked gunman Thursday evening at at Sunny Isle Shopping Center, the V.I. Police Department reported in a news release issued Tuesday.
Read more

Coming Thursday: “The Broken Hearts Gallery” and “The House With the Clock in Its Walls”