The V.I. government is at a crossroads. Along with this year’s $110 million deficit, the USVI is facing ongoing structural deficits of around $170 million per year out of a locally funded budget of around $850 million. It has outstanding debt of more than $2 billion, not counting the debts of the government-owned Water and Power Authority, which is also facing serious financial problems. For the first time, after two rounds of ratings downgrades in less than a year, lenders have refused to buy V.I. government bonds.

In parts one and two of this series we looked at how we got here and how the 2008 worldwide financial crisis and 2012 shut down of the Hovensa refinery took their pounds of flesh from the government’s coffers.

The USVI is also facing a $3 billion unfunded pension liability and a pension plan projected to cease being able to pay full pensions by 2023.

This chart shows the increase in the unfunded liability over time. The sudden big jump at the end is due to a change in how the federal government requires the liability be calculated. The change takes into account a nationwide decline on projected long-term returns on pension fund investments, related to the 2008 worldwide financial collapse and slow recovery.

The Government Employee Retirement System is heading toward insolvency. There are no good options left to prevent this from happening. For several years, GERS officials and outside analysts have projected it will sell all its assets and be unable to make full monthly pension payments by 2025 at the latest, possibly even a year or two sooner.

If the government does not solve its deficit problem, any solutions that are enacted will fail as the government uses those funds for immediate needs. This is happening right now, as the territory’s financial crisis is making this dire situation much worse. The government stopped paying both employer and employee pension contributions in December, GERS Administrator Austin Nibbs told the GERS trustees March 1.

The system took in about $85.38 million in contributions in 2015 and paid somewhat more than $200 million in pension checks, according to budget information provided to the Legislature in 2016. It made up the $118 million difference by selling off assets and through investment income on its assets. Not paying contributions increases the drain on the trust fund by another $70 million or so per year, or about a third. That could make the system unable to pay full checks perhaps two years sooner than otherwise, perhaps in 2022 or 2023. If or when that happens, it will be a sledgehammer blow to the V.I. economy, taking a huge amount of income out of circulation, according to everyone involved.

Once the trust fund is sold off, the pension payments are legally the responsibility of the V.I. government and will add $130 million or more to the annual budget deficit. Ratings agencies and independent financial analysts at Debtwire have pointed to the GERS unfunded liability, standing at more than $3.1 billion at present, as one of the reasons for questioning whether the territory would continue to be able to pay its debts.

There was ample warning of the disaster. As far back as 1998, the system was already giving out more in benefits than it was collecting in contributions, a clear sign of crisis. Successive legislatures and governors have made timid steps to address the crisis, increasing contributions some, but not enough. Cutting benefits is extremely unpopular among retirees, who are a reliable voting bloc. The Legislature to this day gives away $1 million to retirees every year as Christmas presents or “bonuses” to retirees, unwilling to eliminate even a plain give-away for fear of being unpopular.

Many, including the V.I. inspector general and Attorney General Claude Walker, have focused attention on the system’s investment strategies. But these simply are not the causes of the GERS crisis. The amounts of money involved, annually, are tiny in comparison to the problem.

A 2011 federal audit placed the blame on multiple legislative actions between 1984 and 2001 that increased benefits without increasing contributions, combined with a declining ratio of retirees to employees. The audit found contributions needed to be increased to 43 percent of payroll. That percentage has been increasing over the ensuing six years. There have been increases and contributions for most – but not all – employees are around 30 percent of payroll now.

Adding to GERS’ difficulties, the ratio of government employees paying into the system to retirees getting payments from the system has been worsening over time. There is a natural trend in this direction. On the first day the pension plan was put in place, there were zero retirees and a set number of employees. As time goes by, the number of retirees continues to grow, until natural mortality begins to set in and an equilibrium is reached. But early retirement incentives, aimed at helping the government’s budget woes in 2001 and 2011, accelerated the trend in the USVI. (See Figure 5: GERS Retirees versus Active Employees)

(The figures for government employees are from moments in time, reflected in budget testimony and other sources. The actual numbers slightly fluctuate constantly.)

At this point, it would take extremely draconian cuts combined with extremely large increases in pension contributions to save the system.

Mapp briefly discussed possible changes in how retiree medical insurance is handled. The government spends $37 million a year on health insurance for retirees and their families. Mapp floated the idea of increasing retiree shares of the premium costs and maybe restricting the generosity of government-funded medical insurance for retiree family members who have access to insurance through work. If you change the contribution structure and devote half the savings to GERS “you could buy several more years of solvency,” Mapp said at the April 19 press conference.

Meanwhile, the government is not even paying normal employer and employee contributions. So government pensioners would be wise to do what they can to plan for sharp cuts in their pensions. It is unfair. It is bad. But it will happen.

Next: Part 4: Debt or Spending? What To Worry About 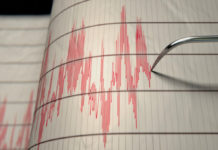 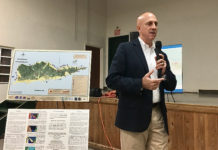 Tsunami Warning Sirens Will Be Back by September, VITEMA Director Says