Congratulations are in order for the Toastmasters’ Clubs of the Caribbean for achieving the highest award recognized by Toastmasters International: the Smedley Distinguished. This is the first time in history that District 81 has achieved this status, thanks to the hard work of the district executive team, division directors, club presidents and members.

For the July 1-June 30, 2021 Toastmaster year, District 81 was led by District Director Brenda Maynard, DTM of Saint Maarten. She ran her year under the theme, “Breaking Barriers Now and Beyond.” Her leadership truly reflected that goal and has placed an unforgettable, very fluffy feather in the Caribbean’s Toastmasters’ cap.

District Director Maynard applauds Toastmasters International for structuring and developing her leadership skills. She was able to apply these tools and methods in both her professional and personal life, which has resulted in great success and opportunities to further develop her communication and leadership skills.  “Today, because of all of our Toastmasters in District 81, we all have the privilege of saying, “District 81 – Smedley Distinguished! Celebrating every small step brings automatic success; therefore, each Toastmaster who completed his or her journey has contributed to the success of District 81,” said Maynard.

District 81 was able to secure 199 paid clubs. It retained and grew the membership to almost 5,000 members and celebrated the fact that over 148 clubs achieve the Distinguished Club Award.  These numbers are projected to increase by June 30, 2021, which is the end of the Toastmaster year.

Equally impressive is that District 81 is the only district in the Western Hemisphere to achieve Smedley Distinguished status beating North America and South America. It is poised to receive additional awards; however, as of today, it is ranked first in the region in three categories and the top 10 in world categories in three other categories. 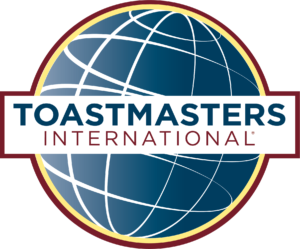 CFVI Partnering With Tourism to Represent USVI at National Book Festival in D.C.