Juneteenth 2021: Sounds of Freedom to Air Saturday On Zoom

V.I. Caribbean Cultural Center of the University of the Virgin Islands Director and Per Ankh sponsor Chenzira Davis Kahina met with Kwanzaa Mama CEO Cleo MeriAbut Jarvis on Wednesday to share highlights of the Juneteenth celebration. They spoke with the Source via Zoom about the history, the past tributes to “Freedom Day” and what they look forward to as they honor Juneteenth 2021.

“This will be our 19th one in a place where, at one time, there were hardly any African Americans … and it has grown over the years,” Jarvis said. “We have about 200 people or more that stay and actually sit and participate in the program.”

Juneteenth is the day the organization hands out student scholarships to those high school students who are accepted into a college or trade school.

“Juneteenth is ‘our’ special freedom day. Some people go as far as saying July 4th is not our day, because Africans were still in shackles in this land on July 4. Abraham Lincoln signed the Emancipation Proclamation Jan. 1, 1863,” Jarvis noted.

According to history, Juneteenth commemorates a specific order, issued in Galveston, Texas, on June 19, 1865, by U.S. Maj. Gen. Gordon Granger. The order said, “The people of Texas are informed that, in accordance with a proclamation from the Executive of the United States, all slaves are free.”

This order came one and a half years after Lincoln’s  Emancipation Proclamation on Jan. 1, 1863.

Jarvis and Kahina were both present for the recognition. Jarvis said Pennsylvania rolled out the red carpet for her, as the CEO of the organization that has organized Juneteenth celebrations for close to 20 years. She was asked to speak and share, “and as the ancestors would have it, I sang,” Jarvis said. “It was a unifying moment. It was profound,” she said.

Pennsylvania was the 46th state to recognize the Juneteenth holiday. With 48 states honoring the observance, Hawaii and South Dakota are the remaining states that do not recognize the holiday.

Of the many celebrations attributed to Juneteenth, Watch Night is one of the most powerful, Jarvis said.

History tells us in America’s African-descent community, Watch Night began on Dec. 31, 1862. It was and is a religious service in which they prayed for and watched for the coming of God’s deliverance. The sign of deliverance came on Jan. 1, 1863, in Lincoln’s Emancipation Proclamation.

Jarvis has been privy to Watch Night services in several locations across the nation. Many of the African-American churches in Harlem and other cities in the nation engage in Watch Night services. Some congregations perform a re-enactment of the original Watch Night that they have taken from African Independence Day in the archives, or they use the remembrances of those elders who were a part of that journey, Jarvis said.

Kahina said the practice is also called Freedom’s Eve and takes place at different times of the year depending on what the observance is – Freedom Celebration, Black Independence Day, African Independence Day, most of which are coming from the Caribbean population showing their independence from the British, the Dutch, the French and the Danish, as in the USVI. 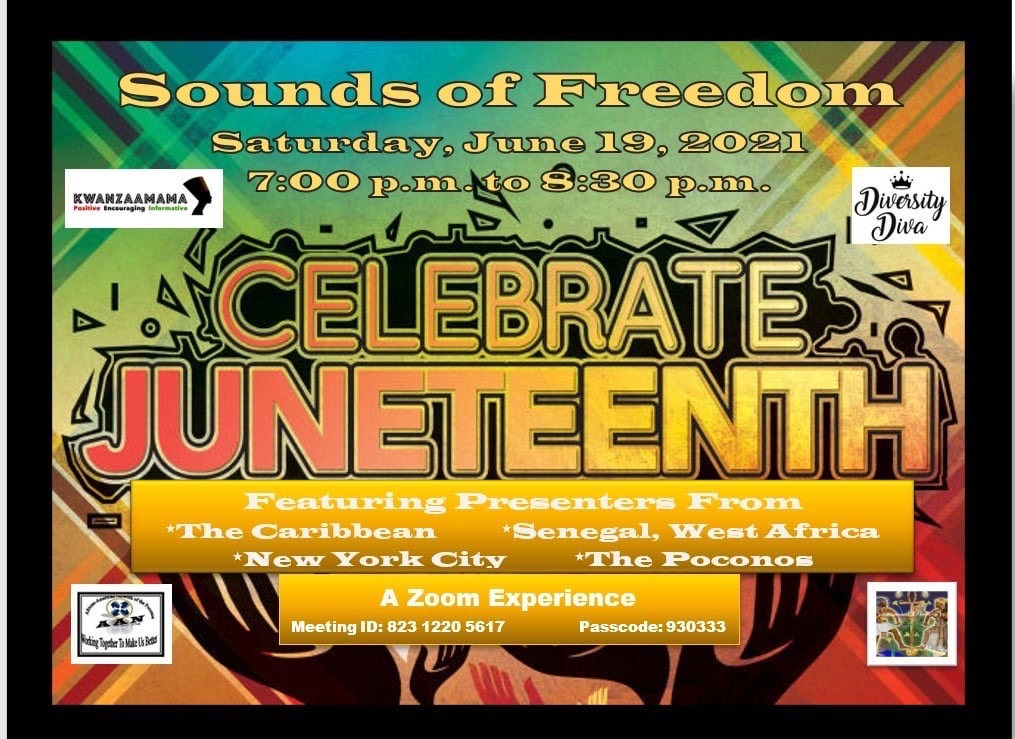 The Zoom meeting between scholars Jarvis and Kahina is meant to provide an opportunity for those in the community to learn more about the past and to better understand the experiences that have shaped the nation, and to find solutions for the challenges faced in the future.

“Juneteenth is a ‘Freedom Day’ for everyone,” Jarvis said.

Consider the Source with Adisha Penn

Chunikwa George paints hues of bright blue, yellow and pink carefully along a cement wall just outside the entrance to Ivanna Eudora Kean High School on St. Thomas. The colors are just as bright as George’s smile. She’s ecstatic to be painting this mural and be a part of a major public art project happening island-wide. Each mural comes with an environmental message.