Governor Albert Bryan Jr., the chairman, convened a meeting of the Governing Board of the Virgin Islands Public Finance Authority on Tuesday, July 7. The meeting was conducted virtually via Zoom and the members unanimously authorized the chairman of the executive director to execute the term sheets with Banco Popular de Puerto Rico and First Bank Puerto Rico for $60 million in loans that were approved by the Legislature during its last session.

The revenue anticipation notes will be split with $30 million being loaned by Banco Popular and First Bank lending the other $30 million. The funds will be used to assist with government operations that have been adversely affected by the economic slowdown and revenue losses due to the COVID-19 pandemic.

The Public Finance Authority board plans to meet again at the end of July to act on approving the actual loan after the receipt and review of the final loan documents by its legal team.

“More and more businesses are shutting down because they can’t take the weight. We have such a tight economy if the government reduces spending anymore, we’ll be in a cataclysmic situation,” Gov. Bryan said, noting that his administration currently has the lowest number of employees than any government in the last 20 years.

“We have a closed-circuit economy, and if you don’t feed into it, it will just spiral down,” Bryan said. 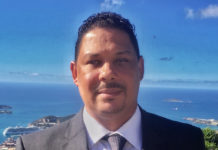