The charge is a federal offense that carries a possible sentence of incarceration of five to 40 years, a maximum fine of as much as $250,000 dollars, and a term of supervised release for at least four years. Sentencing is set for Sept. 25.

According to court documents, on April 12, 2018, George, along with a co- defendant, conspired to bring 2,010 grams of cocaine (2.01 kilograms) into the Henry E. Rohlsen Airport with the intent to transport the cocaine to Miami via American Airlines flight 2227. Specifically, George, who was employed at the airport, smuggled four bricks of cocaine into the passenger waiting area of the airport, and delivered them to the co-defendant in the men’s restroom. The co-defendant was a passenger on the outgoing American Airlines flight, but was intercepted with the cocaine prior to boarding his flight by Customs and Border Protection officers.

The case was investigated by Customs and Border Protection and Homeland Security Investigations. The cocaine was analyzed by the DEA Southeast Laboratory in Miami. Assistant U.S. Attorney Daniel H. Huston prosecuted the case. 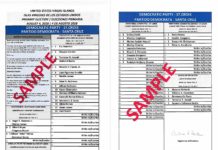 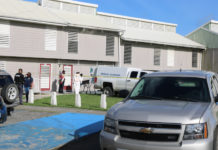 Lorraine Village Killing is Second STX Homicide in a Day