Only about 30 people waited in the dark outside the Tutu Park Kmart Friday to take advantage of the store’s 5 a.m. opening for this year’s Black Friday doorbuster sale.

The early bird shoppers received discounts of 60 percent on all Christmas décor and family apparel; 30 percent off all small kitchen appliances and cookware; 40 percent off furniture, comforters, tents and canopies; and 25 percent off all regularly priced toys. The deals ran until noon Friday.

The store ran an additional “three-day deals” that went from Friday through Sunday, offering 20 percent off toys, televisions and small appliances; 30 percent off laundry, bathroom accessories and baby gear; 40 percent off lamps and frames; and 50 percent off select family sleepwear.

Reports indicate crowds were off from previous years on St. Croix too.

The sales weren’t nearly enough to draw the crowds seen in previous years.

As reported by the Source in 2014 and 2015, “massive price slashing drew large crowds.”

By noon of 2015’s Black Friday, “Kmart’s aisles were still jammed with shopping carts piled high with electronics, clothing and household items that the store was selling for as much as 60 percent off,” the Source reported. “The bulk of the store’s employees were working Friday, hustling to keep shelves neatly stocked.” 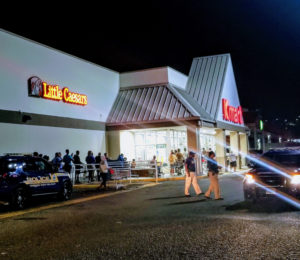 This was not the case this year. Kmart ran very limited sales on electronic devices. On the front page of the Kmart ad only one 50-inch television and a DVD player were on sale. The television had been marked down 35 percent until noon on Friday and the DVD player had a savings of $15. In addition to the two electronic doorbusters, Kmart ran a 20 percent discount on select televisions, soundbars and home theaters during its “three-day deals” sale.

Though the early morning attendance Friday seemed low, attendance appeared to pick up later in the day as more bargain hunting crowds arrived in the afternoon and evening. 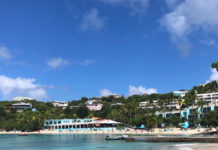 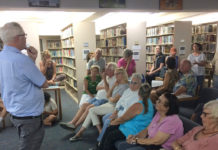