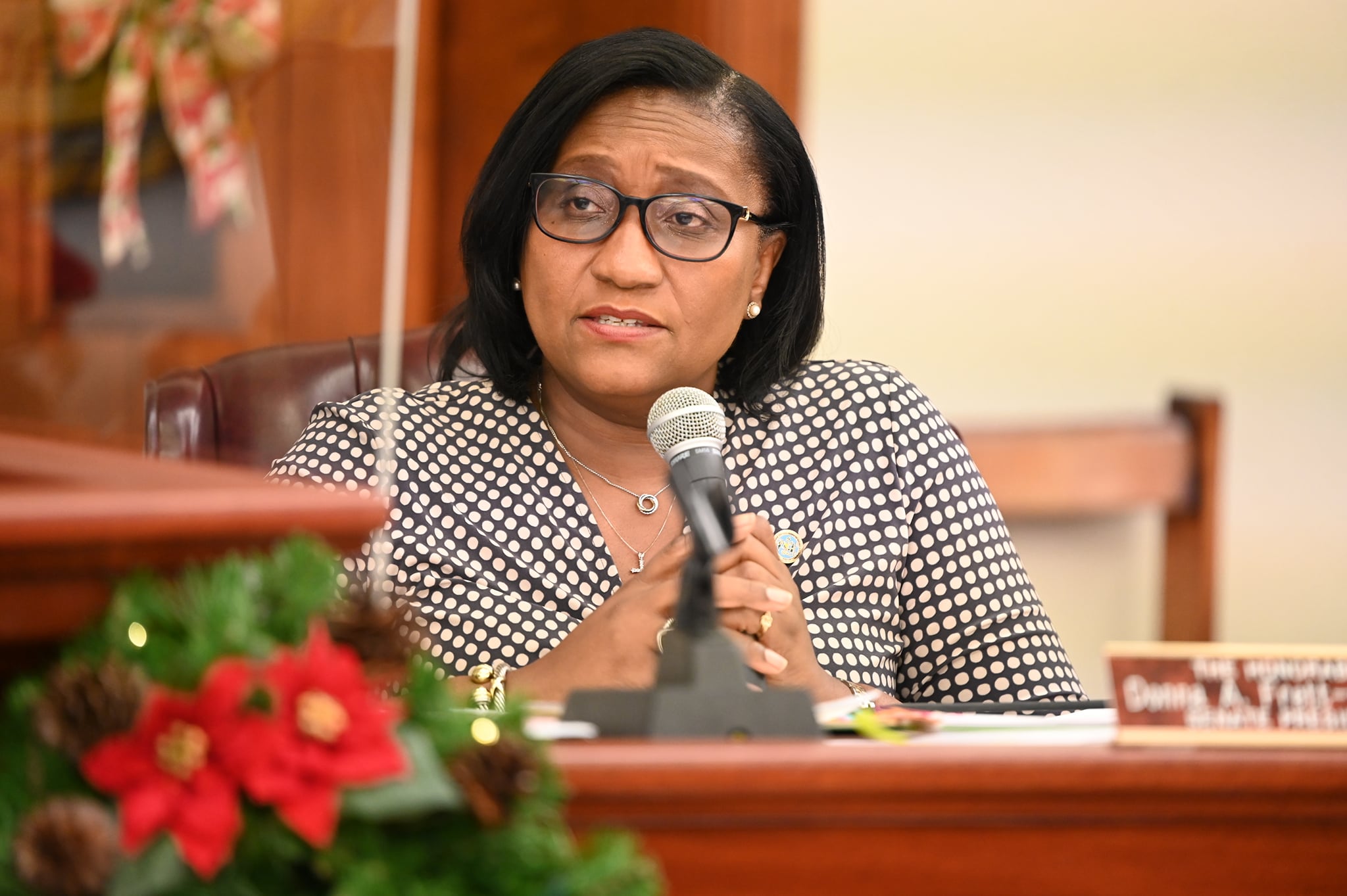 The Rules and Judiciary Committee advanced a bill Thursday calling for Gov. Albert Bryan Jr. relinquish his control of nearly $550 million in collective pandemic-related federal funding and give the authority to the Legislature.

Non-committee member Sen. Donna Frett-Gregory said the U.S. Virgin Islands can’t have a government that is a one-man show, and the bill would offer the Senate more oversight in the spending process.

“No rational person can reasonably argue that one individual can singularly decide how to spend an unprecedented amount of millions of dollars, without the advice or consent of the branch of government vested with the authority to appropriate,” Frett-Gregory said.

But Office of Management and Budget Director Jenifer O’Neal said “the Governor has the latitude to spend as much as he’d like,” during a line of questioning by Sen. Alma Francis Heyliger who wanted to know if Bryan decided to spend all $550 million of the pandemic-related funding on vaccine lotteries, could he.

Should Bryan sign the bill into law, it would require that he submit all pandemic-related allocations of federal funds designated for the territory to the Legislature and allow him to spend no more than $5 million of said funding without Legislature approval.

Frett-Gregory said though the bill is “simple,” it “can be a bit controversial.”

“Controversial because there is always this very, very thin line between the separation of powers between the Executive and the Legislative Branch.” But Frett-Gregory maintained a similar stance as her colleagues, the bill is intended only to ensure greater “accountability” and “transparency.”

“This bill is not intended in any way to usurp the Governor’s authority, but rather it demands that the individuals elected to represent the people of the U.S. Virgin Islands … work collaboratively for the betterment of all of us,” Frett-Gregory said.

While well-intentioned, O’Neal said the “preliminary research” and “extensive legal opinion” of the Attorney General indicate that the bill is “contrary” to Section 3 of the Revised Organic Act and does usurp “the authority of both Congress and the Governor, in the appropriation, expenditure, and allocation of these federal funds.”

O’Neal cites Section 3 of the Revised Organic Act which states: “No money shall be paid out of the Virgin Islands treasury except in accordance with an Act of Congress or money bill of the legislature and on warrant drawn by the proper officer.”

But Frett-Gregory said the Executive Branch “fails to mention section eight and nine of the very same act which vests the authority to spend issues funds with this very body.”

When Committee Chair Sen. Milton Potter asked for the opinion of the Legislature’s legal counsel, he was told an opinion has not been formed yet as they were only made aware of the request for one earlier that morning.

Frett-Gregory said the heart of the matter boiled down to what was best for the territory’s residents, to allow the funds to be spent by a sole elected official or have it balanced among 15 elected officials.

In a unanimous vote, the legislation was forwarded to the full body.

Elections Board Picks a Way to Replace Deceased Member