The American Martial Arts Alliance Awards ceremony was to be hosted in Las Vegas, Nevada, July 10-11.  Due to the pandemic, all Las Vegas events have been canceled; however, the entire celebration this year was online.

The online presentation kicked off on July 10 with the release of the Chuck Norris Edition of the Martial Arts Masters and Pioneers Biography Book and Virtual Book Signing and Legends Ring Recognition Ceremony. On July 11, there will be online seminars, martial arts demonstrations by some of today’s champions in a special salute to inductees, along with other panels of martial artists honoring Grandmaster Chuck Norris, Grandmaster Benny “The Jet” Urquidez and Master Jerry Otto of St. Thomas, U.S. Virgin Islands.

Also, on July 11, there will be the American Martial Arts Alliance Foundation (AMAAF) Legend Awards Celebration. The event will feature appearances by martial arts celebrities Chuck Norris, Joe Corley, Jeff Smith, Benny Urquidez, film star Cynthia Rothrock, Michael Jai White, Don Wilson and others. The master of ceremonies for this event will be world champion John Chung—introducing the martial artists to the world.

Master Jerry Otto is one of five martial artists selected from the USVI to be chosen for this prestigious honor. The online event will give Otto the opportunity to share his personal achievements with his community and the world. “We are dedicated to preserving and sharing our inductees’ extraordinary journeys with the world through the ‘Who’s Who in the Martial Arts Masters & Pioneers Autobiography Book,’” said Jessie Brown. It is the first of its kind that combines a martial arts history book and directory all in one.

Otto lives on St. Thomas with his wife Celine. In addition to his notable martial arts accomplishments, he is a former U.S. National Karate and Weapons Champion, winning six first-place national championship titles, with an undefeated season in kata and weapons. In 1989, he earned the distinction of the Greatest Senior Competitor in Kata & Weapons in the history of the national program circuit. To date, no one has accomplished an undefeated season in two divisions in the same year on the U.S. National Karate Championship circuits. 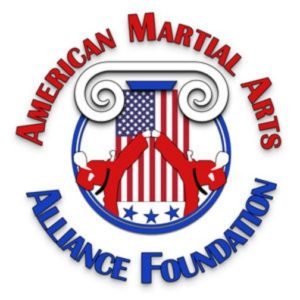 Otto earned the distinction as Ambassador of the Year Award, 2019, and was featured in the Action Martial Arts Magazine Hall of Honors Who’s Who directory. He is featured on their front cover of the VIP Elite Who’s Who Biography History Book, 2020. He is also featured in “The World’s Greatest Martial Artist” Volume 9, 2019. He received one of the most prestigious awards granted to only 200 martial artists, in the world, over the past 50 years: The Joe Lewis, “Eternal Warrior Award” at the Battle of Atlanta 50th Anniversary, 2018. The Shen Dragon Karate Dojo earned the distinction for the AMAA 2019 ‘School of the Year’ Award.

All coaches and coordinators registered with USVISA will be enrolled for training with the American Heart Association on St. Thomas and in the Rescue First Aid and CPR Certification course on St. Croix.
Read more
Local sports

The weekly festivals are designed to be strictly fun for youth and their parents while they learn the game of soccer.
Read more