Gov. Albert Bryan Jr. has issued a statement regarding the passing of St. Thomas educator and culture-bearer Dorothy Elskoe, who was honored in 1993 by the 20th Legislature with a resolution commending her for her efforts to promote and preserve Virgin Islands culture.

“It is with a heavy heart that I mourn the death of well-known and beloved educator and culture-bearer Dorothy Elskoe, who touched the hearts and lives of innumerable Virgin Islanders,” Governor Bryan said. “There are certain people whose contributions and accomplishments make them a permanent part of Virgin Islands culture, and Dotsy, as she was popularly known, is one of them.”

Mrs. Elskoe co-founded the Elskoe and Associates Carnival Floupe more than 60 years ago and began a teaching career in 1952 that lasted for more than 30 years.

“On behalf of the First Lady, our family, Lt. Gov. Tregenza Roach and the people of the Virgin Islands, I express condolences to Dotsy’s husband of almost 71 years, Winthrop Elskoe; her surviving children: Carolyn, Glenn, Monica, Sandyl and Lori; and the numerous friends and residents who knew her. Those who are left to mourn her passing are comforted in knowing that she is reunited with her beloved daughter Faye,” Bryan said. 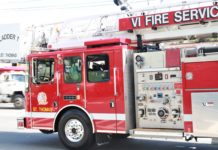 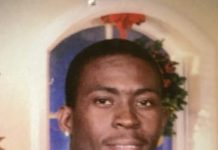