For three nights this week, beginning at midnight Tuesday, Oct. 15, personnel at the Randolph Harley Power Plant are carrying out performance testing on Unit 23 before the unit is certified to return to service.

“The performance testing will cap a major maintenance overhaul that the unit has undergone. Originally slated to return to service in September 2017, the unit’s return was significantly delayed by the effects of Hurricane Harvey on Texas, and hurricanes Irma and Maria on the Virgin Islands,” said Clinton T. Hedrington Jr., chief operating officer of the Electric System.

Hedrington noted that WAPA’s contractor, Sulzer Turbo Services, is based in Texas where Hurricane Harvey hit in 2017. “Harvey and the effect of hurricanes Irma and Maria in the Virgin Islands posed significant delays in shipping major components of the unit between Texas and the Virgin Islands as was required for the maintenance regimen. The contractor and WAPA personnel, led by Plant Superintendent John H. Woodson III, have worked diligently to ensure the work was completed and that the unit would once again become available for generation dispatch.”

Beginning Oct. 15, at midnight, and continuing through 6 a.m., personnel will test the unit’s performance as well as its ability to be added to the generation dispatch, and it will gauge the unit’s performance under load. Unit 23 is a 39-megawatt General Electric generator owned by WAPA, which first came into service in 2004. The performance testing is also scheduled for Wednesday and Thursday nights this week.

“During the testing, residents may experience momentary service interruptions, but we assure our customers that we have taken proactive measures to ensure than any outages that do occur, are short-lived,” Hedrington said.

The plans for Unit 23 once WAPA has accepted the overhaul are to have it available as a stand-by generator. “While we expect that coming out of the maintenance regimen, the unit will be quite efficient, its operating efficiency is not quite on par with the smaller, new propane-fired Wartsila units. We will continue to use the Wartsila units and either another propane-fired generator, Unit 15, in the daily generation dispatch or a combination of Wartsila units and some of the rental generators, Units 25, 26 and 27,” Hedrington said.

The availability of Unit 23 adds a level of reinforcement to the available generation at the Harley Plant in the event of power generation loss.

At the moment, Unit 23 is designed to only burn No. 2 oil in the generation of electricity. “Once it has passed all performance testing, and we are satisfied with its performance, we will take a closer look at whether it is feasible and financially prudent to convert it to burn LPG as well as diesel,” he said.

Hedrington said WAPA’s plan is to continue utilizing propane as the primary fuel source. “It is a lower cost fuel and is cleaner burning. The use of LPG translates into significant fuel savings for WAPA, which eventually translates to lower costs for our customers.”

WAPA has issued a Request for Proposals for an additional 40 megawatts of generation capacity at the Harley Power Plant. The additional units will be funded by a federal grant as part of the disaster recovery and mitigation from the 2017 hurricanes.

The Virgin Islands Water and Power Authority is an autonomous agency of the Virgin Islands Government which produces and distributes electricity and drinking water to residential and commercial customers in the territory. WAPA was created by the Fifth Legislature of the Virgin Islands in 1964 through Act No. 1248. Today, WAPA generates electrical power at production plants on St. Thomas and St. Croix, and distributes electrical service through smart grids to customers on St. Thomas, St. Croix, St. John, Hassel Island, and Water Island. Potable water is distributed to almost 13,000 customers through water lines and standpipes. WAPA also has the responsibility of installing and maintaining street lights.

Board of Education Advises Public of New Protocols 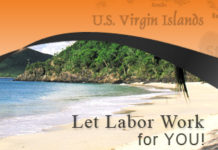