The visit of Congressional Democratic leader Nancy Pelosi and a delegation of colleagues capped off a two-day fact finding trip to Puerto Rico, St. John and St. Thomas that Pelosi said Saturday would help ensure the islands “have the money needed to not just recover,” but to rebuild better than before.”

The group came at the invitation of Delegate Stacy Plaskett.

At a news conference Saturday afternoon on St. Thomas, Plaskett said stops in the territory included the V.I. Water and Power Authority, public housing communities, Schneider Regional Medical Center and St. John’s Myrah Keating Community Health Center. With the latest visit, approximately 130 members of Congress have now visited the territory since the hurricanes, which Gov. Kenneth Mapp said Saturday symbolizes the federal government’s “interest” in and concern for “citizens of the territory.”

While short on details about what happens next – particularly when it comes to the Democrats being able to take action in a Republican-run Congress – Pelosi said the trip will help the delegation make “informed decisions springing from the voices of the people.”

“The way it works is Congress passes a bill with all of the aspirations and enthusiasm and then all the implementation goes to the executive branch,” she said. “But there is some risk aversion there about, maybe they didn’t really need us to go this far and this fast and the rest of that. What we really wanted to do is make the case that everything is about time: use of resources, money and the rest and we came here determined to go back informed. We didn’t come here to say this is how we want to do it, we came here to hear how you want it done.”

Pelosi added that the representatives accompanying her on the trip are members of important committees that affect the distribution of funds from the V.I., including Financial Services and Appropriations, to which, Plaskett said Treasury and Housing and Urban Development report.

“Congress, in its disaster relief efforts, said it’s going to pay 100 percent, but after a certain period, that drops off and the members of Congress are concerned about that,” Plaskett said.

According to V.I. Water and Power Authority officials, the delegation was also briefed while on island on how federal funds awarded to the territory for disaster relief and restoration are being spent, including effort to rebuild a “more resilient electric grid, adding more renewables to the electric system to reduce reliance on fossil fuels,” and undergrounding projects. FEMA has obligated $600 million for mitigation projects and in a statement, WAPA head Lawrence Kupfer added that the authority is also working with the administration on spending additional HUD money earmarked for WAPA for mitigation.

“Now we must make sure the (federal) administration spends the money in a much more accelerated way,” Pelosi said at Saturday’s briefing. “There were many challenges before the hurricanes, but it took the hurricanes to put the spotlight on what some of those challenges were. The suffering endured by our fellow Americans on the islands in the months following the hurricanes has been a challenge to the conscience of our nation. We must do better to prevent the loss of life, expedite the recovery, and prepare for the next storm.” 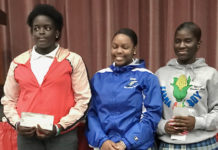 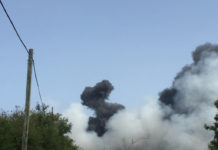