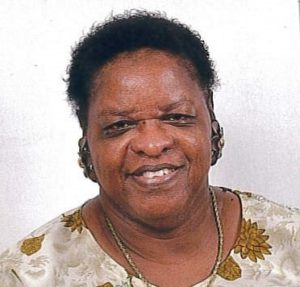 She was preceded in death by her husband, Raymond Edwards.

The viewing will be held at 10 a.m. and the funeral service will follow at 10:30 a.m. on Monday, Oct. 23, at Holy Cross Catholic Church. Interment will follow at Christiansted Cemetery.