Following media and community objection to a now-vetoed bill that would have given each senator the chance to appropriate $100,000 in V.I. government funds to nonprofits of his or her choice, Senate President Neville James said Tuesday that the body is exploring an alternate route to get that $1.5 million into the hands of local organizations.

James made his comments to representatives of various nonprofits at the Economic Development Authority’s annual Enterprise Zone Commission stakeholder conference at the authority’s office in Nisky Center.

Controversy surrounding the original bill centered on whether the fund it created, the so-called "Legislative Community Reinvestment Initiative," could be used by individual senators to buy public favor during election years or squander government money on questionable pet projects.

The bill passed with little discussion at the end of a long session dominated by consideration of the sale of the shuttered Hovensa refinery to a subsidiary of ArcLight Capital Partners. The Dec. 29 session was the last of 2015.

After questions were raised about whether the bill interfered with the government’s separation of powers, James, who cosponsored the bill, requested that the governor veto it so it could be reworked.

On Tuesday, James gave a brief history of how the idea for the extra $1.5 million for nonprofits came about.

Generally nonprofits receive assistance from the V.I. government through the miscellaneous section of its budget. In Fiscal Year 2016, the amount allocated for nonprofits was cut by almost $1 million, down to $3.3 million from $4.12 million the previous year.

“We recognized that nonprofits were going to take a hit during this fiscal year cycle because, at the time, we were not in a good financial positions from a day-to-day standpoint,” said James.

But on Sept. 8, 2015, senators learned during a budget review that available rum cover-over rebate monies had been underestimated, leaving the government with an unexpected extra $7 million.

“I will take credit for being the bad boy in suggesting that we set aside $1.5 million for nonprofits,” said James, noting that he had the complete support of his caucus.

Some local media sources called that $1.5 million a “slush fund,” since each individual senator would have had a great deal of freedom in deciding where portions of the money went.

James said he takes issue with that characterization since the purpose of the money, funding nonprofits, is the opposite of what he understands the purpose of a slush fund to be.

The Merriam-Webster dictionary defines a slush fund as “an amount of money that is kept secretly for illegal or dishonest purposes” or “an unregulated fund often used for illicit purposes.”

There are two ways that might be achieved, he said. One way is to put the money in the same general miscellaneous section of the budget that currently assists nonprofits. The second way is to stick with the plan of creating a separate fund, but have one or more third fiduciary organization administer the money.

The fiduciary or fiduciaries responsible for doling out the money to nonprofits would likely be an organization that already performs that role in the territory such as the Community Foundation of the Virgin Islands.

James said the Legislature is most likely to land on that second option. He said that creating legislation for a separate fund would prevent the government from telling nonprofits that access to the money is “based on availability” in the miscellaneous portion of the budget, which also funds other functions of government. With the money set up in a separate fund, he said, there would be little room for confusion.

James also said he wants to clear up any impression in the community that the $1.5 million fund is related to the government’s ArcLight deal. He said it was only by chance that the two issues were discussed in the same Senate session.

“That was just timing,” he said.

James also took the opportunity Tuesday to promise transparency regardless of how the $1.5 million reaches local nonprofits.

“There’s nothing worse than fraud being committed with public funds. I can’t say that enough,” the Senate president said. 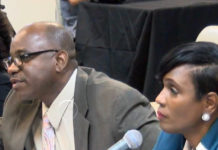 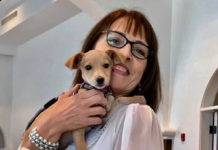