Dear Source:
During this past Festival season on St. Croix, there were many videos circulating of sexually-explicit actions exhibited by our young people in the streets of Frederiksted during the parades and J’ouvert. Before reading further, please note that I am not talking about the normal, everyday “wuhkin up” that has become part of our Festival season. These actions consisted of young boys repeatedly and violently slamming their groins into the backsides of young girls who were bent over. There were also videos of girls lying in the street with boys on top of them engaged in the same type of activity.
The excuse that "this is Festival and they’re just having fun and expressing themselves" should not be condoned. Minors exhibiting pornographic movements in public should not be considered “expressing themselves.” As adults, we have failed our young people over the years to the point that this is the end result. I know that many will say that adults have much of the responsibility because they do the same. Some may blame the musicians for playing music with explicit lyrics. Some may blame the radio DJs for playing the songs. Perhaps, these factors do need to be part of the conversation. However, decades ago, no matter what music was playing, we never would have acted in such a manner in public – let alone in the presence of adults. Something is terribly wrong when children see nothing wrong with exhibiting behavior that they should be trying to hide from adults.
At the very least, the police should be encouraged to talk sternly to the minors when they display certain types of inappropriate behavior and break up the activity. Yes, after half a block, the same youth may start up again, but at least – for that moment – they were stopped and were told that their actions were not okay. Of course, police have their hands full during Festival. But just doing so to a few minors will send the message that their behavior is not acceptable. An advertisement campaign could be done to show the connection between the kids’ behavior in public and their future prospects. Young people need to know that future employers and colleges may not want any part of a child who conducts themselves in certain ways. Pictures and videos don’t disappear after Festival; one never knows who may see them. Schools and youth-based organizations would be the perfect places to initiate discussion. TV crews should be encouraged not to film these minors and to stop giving them the publicity they crave. Even the VIPs in the viewing stands could say something. Not during the parade, of course, but afterwards. Someone told me that the late Governor Farrelly had once publicly expressed his concern over what he saw as inappropriate conduct. Kudos to him! And finally…perhaps it’s time that we as adults really should start thinking about how our actions along the parade route influence children. It is our duty as adults to raise our village. If the parents/guardians aren’t doing their job, we still need to do our part. It is this complacency that has brought us to this point.
Finally, how many visitors really want to see young people simulating sex acts in broad daylight in the middle of the street. What message does this send to our visitors that we allow our young people to act in such a manner? How many of us stay away from the parade because we don’t enjoy seeing our young people act this way in the street? I’m not professing to have all the answers, only the suggestions that I put forth in the body of this letter I am hoping that we internalize and digest what we see happening with our young people, realize that something should be done, and come with solutions as a concerned community. I remain hopeful.
Alice V. Henry — Frederiksted, St. Croix 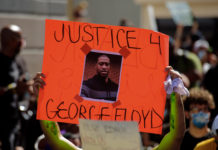 Excuse Me, but I’m Trying to Understand; A Question About Race 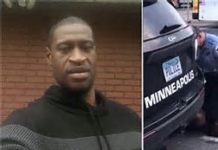 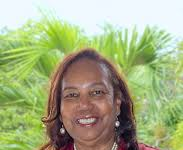